Is It Even Possible to Lose Fat Without Losing Muscle?
If you’ve spent some time trying to put on weight and gain muscle, making the decision to shift gears and cut some fat can be a scary thing to do. So, knowing how to cut body weight and fat fast without losing muscles is the thing to care about.
If you’ve gone from weak and skinny to strong and bulky, it’s easy to become psychologically attached to being a certain weight. It may have taken years of hard work to reach that weight, and much of your self-worth and esteem is tied into that number.
First, you want to lose weight.
But you also know the difference between losing weight and losing fat. That’s why you want to do more than just lose weight. You want to lose fat.
And, at the very least, you want to do so while holding on to the muscle you have right now. Ideally, you’d like to gain a little bit more.
Most people focus solely on the amount of weight they lose, and don’t care too much about where that lost weight comes from.
Losing weight is faster and easier than losing fat, partly because your weight is comprised of many things, including:
• Fat
• Muscle
• Bone
• Water
• Glycogen
• Undigested food
When you lose a lot of weight in the first week or two of dieting, for example, not all of that lost weight comes from fat.
Some of it’s going to come from glycogen (the name given to carbohydrate stored in your body) and water, as well as a reduction in the amount of food working its way through your system.
You feel a sense of panic when you weigh yourself and see the number on the scale going down. You’re scared of going back to your former skinny self.
You want to look better, which is why you want to get rid of the fat. But you don’t want to see months, if not years of hard work go down the pan and lose the muscle you’ve worked so hard to build.
Is it even possible to lose fat without losing muscle? Can muscle be maintained, or even gained, at the same time fat is being lost?
Here’s the good news:
In most cases, you can lose fat without losing muscle. Some people will be able to go one step further and actually gain muscles at the same time as losing fat.
However, while both things can be done at the same time, it’s extremely rare to do both at the same speed. That is, you won’t gain 10 pounds of muscle at the same time as losing 10 pounds of fat.

Don’t fall into the trap of focusing only on the number on the scale, and losing a whole bunch of muscle along with body fat. Remember, it is your body composition that ultimately matters most, and you’ll be in the best position to focus on building muscle after your cut if you didn’t.
So, there you have it. If you want to know how to cut weight and fat fast without losing muscles, put yourself in a calorie deficit, do some form of weight training several times a week, and make sure you’re eating enough protein.
While there are a few other dietary tweaks that can help you along the way, those best important steps alone are going to be responsible for the vast majority of your results. Hence how to cut weight and fat fast without losing muscles.

3 thoughts on “How to cut body weight and fat fast without losing muscles.”

How to loose weight fast dieting, exercises and lifestyle tips. 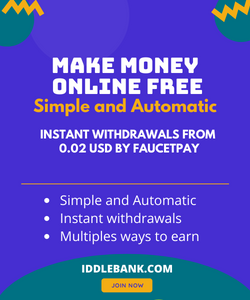